Other key features from 1920s fashion

Fur: Fur coats or trimmed with fur were popular. Many had a single big button while others were wrapped around, they would have wide cuffs and fell to the knee. 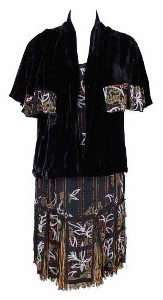 Velvet: Velvet was used in jackets, wraps and dresses; this material was part of the style of opulence and the luxury of art deco style.

The sheath dress: The slinky sheath dress was made from chiffon, silk or crepe de chine. It clung to the female form and hung from shoe string straps. 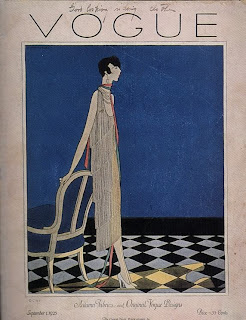 Fringing: Evening dresses with fringing were very popular with flappers in the 1920s. 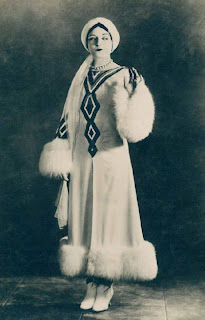 Style russe: Chanel's early 1920s Russian style, attributed to her liason with Russian grand Duke Dmitri, consisted of tunic shapes, fur trimmings and embroideries. This look reflected the influx of Russians to Paris after the revolution. 'Style Russe' would be revisited by many designers, such as Saint Laurent's 'Russian revolution' in the mid-1970s. 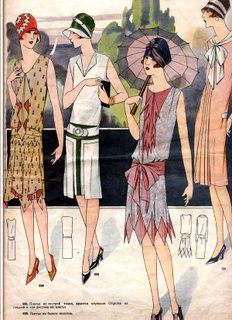 Dropped waist: Curves and the hourglass figure was out and belts, sashes or ties were worn around the hips. The waist disappeared to create the fashionable straight look beloved in the 1920s. 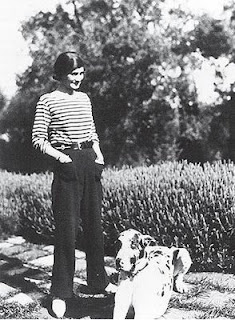 Trousers: Trend-setting women in the 1920s would wear silken pyjamas and sailor pants for early evening or as fashionable resort wear.

Sweaters: Silk or wool, striped or plain or with trope l'oeil motifs, the jumper was a key element of flapper style in the 20s. For example this tromp l'oeil bow sweater by Elsa Schiaparelli,1927. 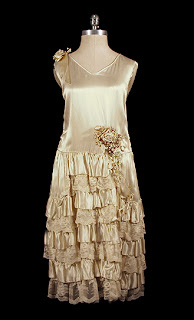 Bare backs and bias cuts: Cut on the bias, thee new body hugging dresses seemed to spiral around the body and moved with the wearer. Backless dresses, with or without trains, began to make an appearance later in the 1920s. 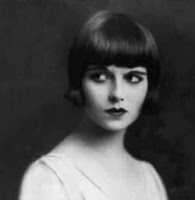 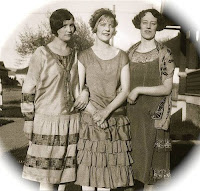 Bobbed hair: Part of the le garconne look, was very popular with flappers who defied the older generation by bobbing their long locks and dancing the Charleston. 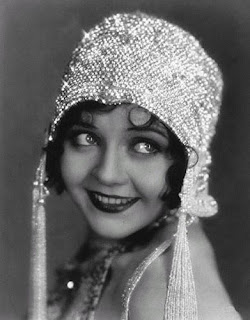 Cloche hats: A fitted, bell-shaped hat (cloche is the french word for bell.) They were made especially popular in the 20s. Worn low on the forehead, with the wearer's eyes only slightly below the brim. In later years, a summer cloche might be made from sisal or straw. Cloches could also be made of beads or lace for evening wear, for cocktails, dancing or even for bridal wear. 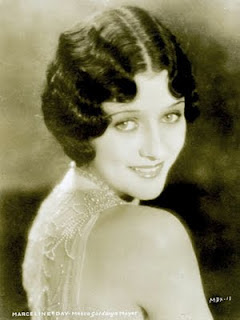 Finger waves: Very fashionable with most people in the 20s and early 30s, made popular by flappers.